gyroscope I am here.Member, Sous Chef, PRO Posts: 6,598
November 2013 edited November 2013 in Announce Your Game!
Hi, while I've been waiting for my 3rd app to be reviewed (and a little before that) I started a new project.

So this one is called SORT 'EM!; a word puzzle game which I'll be giving away free with 10% of the puzzles that can be played and IAP to unlock the full game.

I hope to have it finished in a couple of weeks and then in the store before Christmas, with any luck, although before that, another of my mini apps will hit the store. So I've probably confused you now… here's the state of play with my apps, if interested (all for the iPad):

* Xxxxx Xxxxxx : small entertainment app in progress, hopefully be ready in a week or so

Here's the first progress video… please note, although any constructive criticisms are welcomed, it still has a way to go visually, I realise… (oh, and the title on the main card is SORT IT! which was my original title for it… yet to replace…) 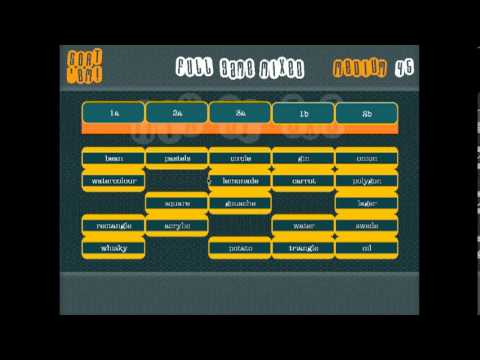