Anyone use arduino and/or keyboard encoders much? Query about arcade game functions

I like to make arcade-style set ups for my GS games and enjoy making bespoke arcade button controllers. As you might imagine, I use GS's keyboard press functions to control arcade buttons, and I use a keyboard encoder to run from computer to arcade board, to run the whole thing. That way I just need my GS game as a .app file that thinks it's being played via the keyboard. I like doing it that way because it's just what's easy for me, I guess.

However what I'm really keen on doing is swapping out my usual Sanwa buttons for something a bit more contemporary, and I was thinking of using a capacitive touch sensor instead. But I don't know if a touch sensor can simply be wired to a keyboard encoder. Usually a button just has two wires - power and ground, and everything on the keyboard encoder needs to be grounded to the encoder itself. But a touch sensor, as far as I can understand, may require human skin to act as the ground, which I imagine is problematic for the keyboard encoder.

I found this product: https://www.adafruit.com/product/1374 does anyone have any experience with these?

In a different vein, I also found this video that does what I want but completely swapping keyboard encoder for arduino: 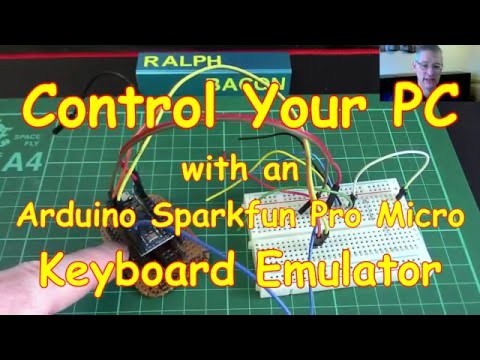 I'm a little scared to spend the time/money going down these roads unless I have some indication that it would actually work properly in GS. Has anyone tried anything like this that could give me some advice on using external sensors to control GS built games?