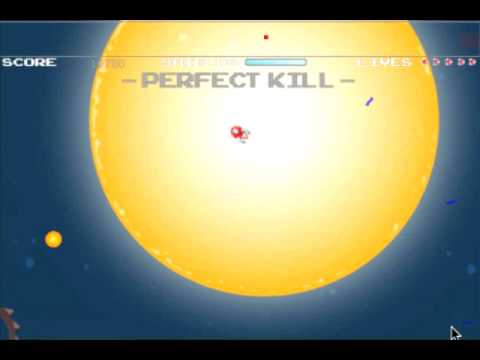 The reason I'm bringing it up is because we've done something a bit special, and I think a first for GS games (though I could be wrong).

As some of you know, I really loved Nulo's Poodle Invasion game which you can find here:

As a big fan of the game, I contacted Nulo and wondered if he wouldn't mind me using some of his graphics in Attack of the Kraken as a bonus stage.

The lovely guy said 'Yes!' and sent over some artwork and music!

Here's a sneak peak at the results below: 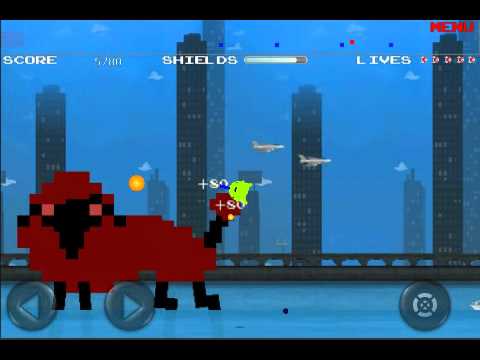 I think it's the first time that characters from one GS game have appeared in another! And I'm very grateful to Nulo for help making it happen!

You need to get a highscore of over 300,000 to access the secret stage (which follows on from the end stage).