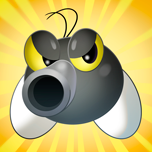 The invasion approaches and the army of flies from the planet Ahmose trains hardly to beat their addiction to Earth's desserts, that's their only weakness and possible cause of total failure of their sinister plans against the planet Earth.

The player must protect the random exposed desserts by the system, severely punishing every fly that tries to get them, crushing them with the finger or making them explode with bombs of mass destruction.

This is a survival game whose objective is to achieve the highest score possible. As the player swats flies down, will be rewarded with "Dipteras" which allow you to buy more bombs, original weapons and thematic backgrounds.

Do you have what it takes to survive?

- Easy to learn, hard to master.
- Fast-paced and frenzy gameplay that gets harder over time.
- Game Center Leaderboards to compete and challenge your friends online.
- Game Center Achievements.
- Twitter integration to post your score.
- In Game Objectives to raise your score multiplier.
- Several weapons and backgrounds to customize your play style.
- Universal Version.
- Spanish and English. 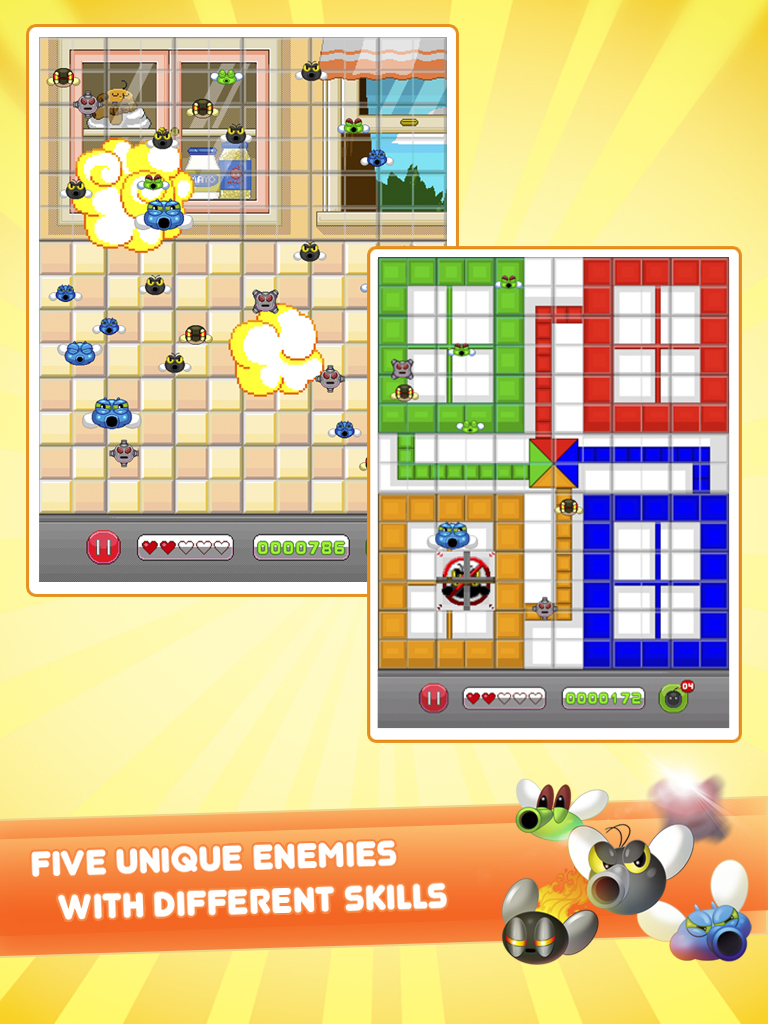 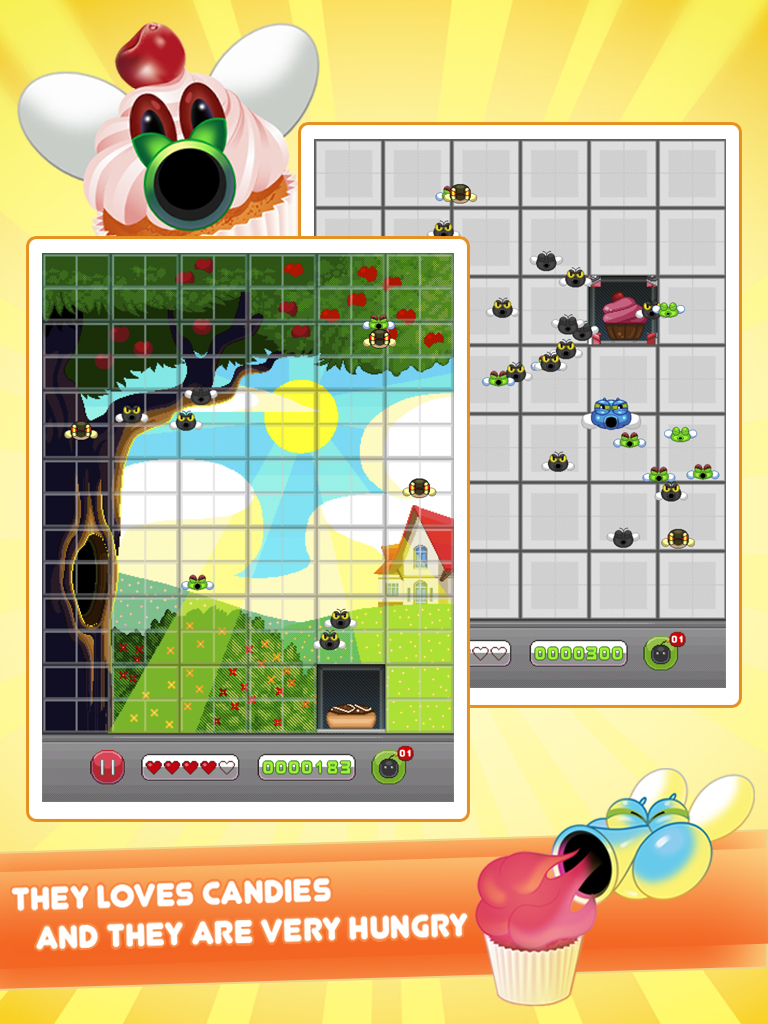 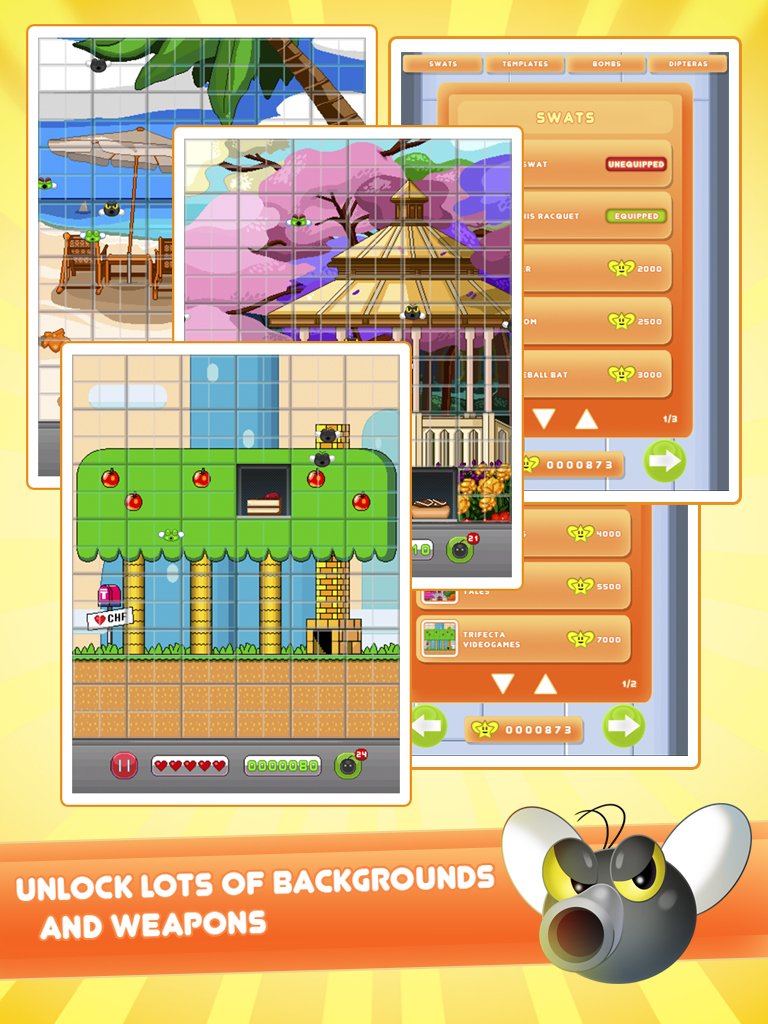 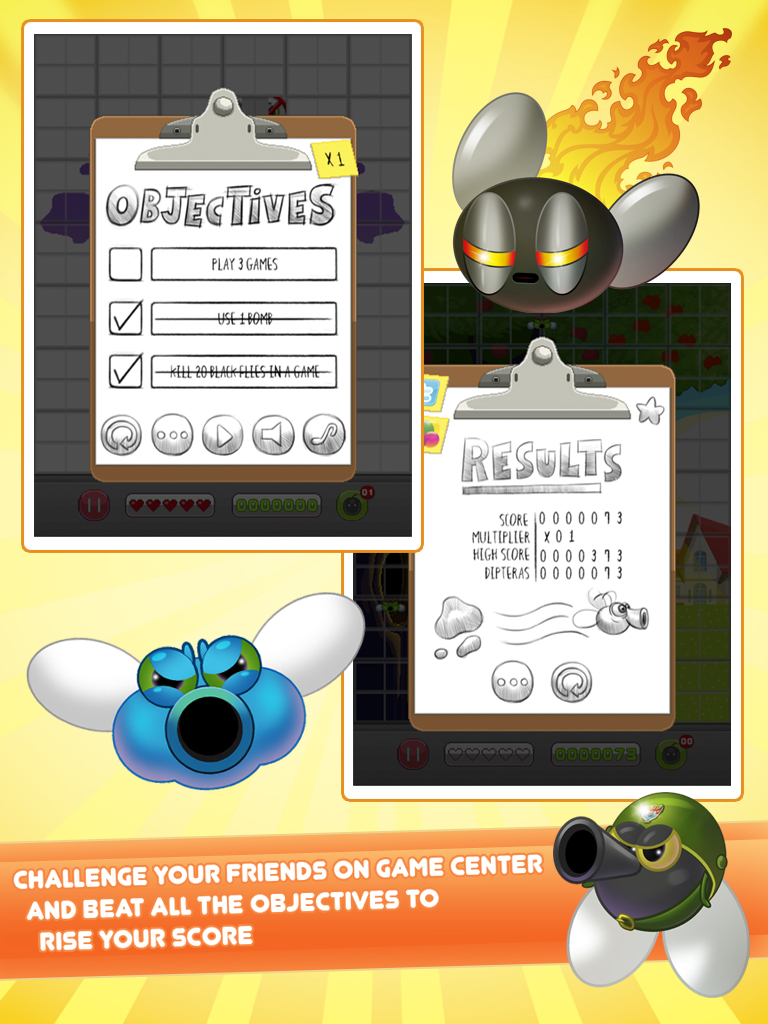 If you have any comments, suggestions or questions please PM me.