The game is totally FREE and available on the Amazon Appstore:

Thanks to the latest most distinguished Time-Travel-Technology, we could successfully travel back to 1985 for the first time and recoup a missing piece of "Time", just by incident.

As we was then told, in the confusion of the so called 1980's, a guy simply called "Billy" created something that was just made to be discovered by us from the year 2015, while coincidently "making a trip to the past".

We installed the Game on our Smartphones from the Future and by "One simple Tap on the screen", suddenly we were travelling "Back to the Future".

Billy told us with such ambition, that..."This "Smartphone Game" even just works with using 1 Finger and magically tapping right on the screen of the display, how crazy is that?!" 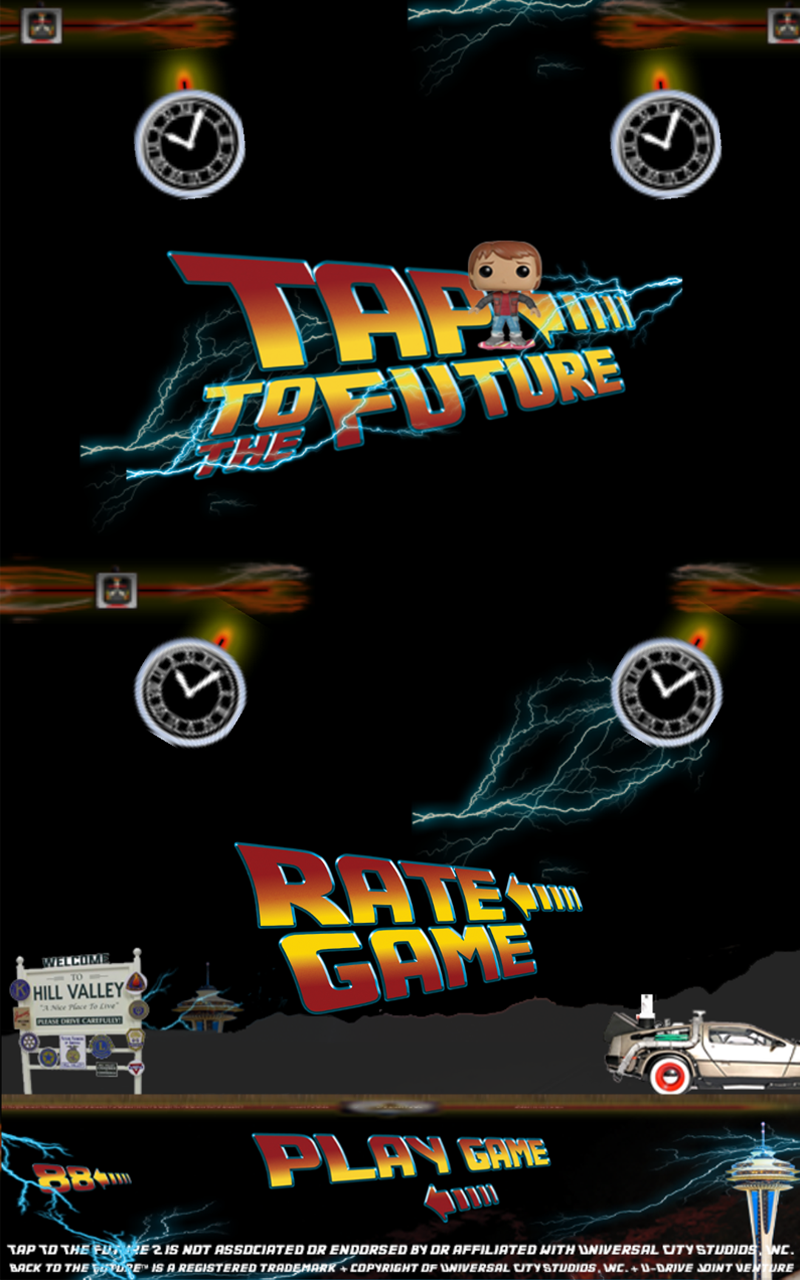 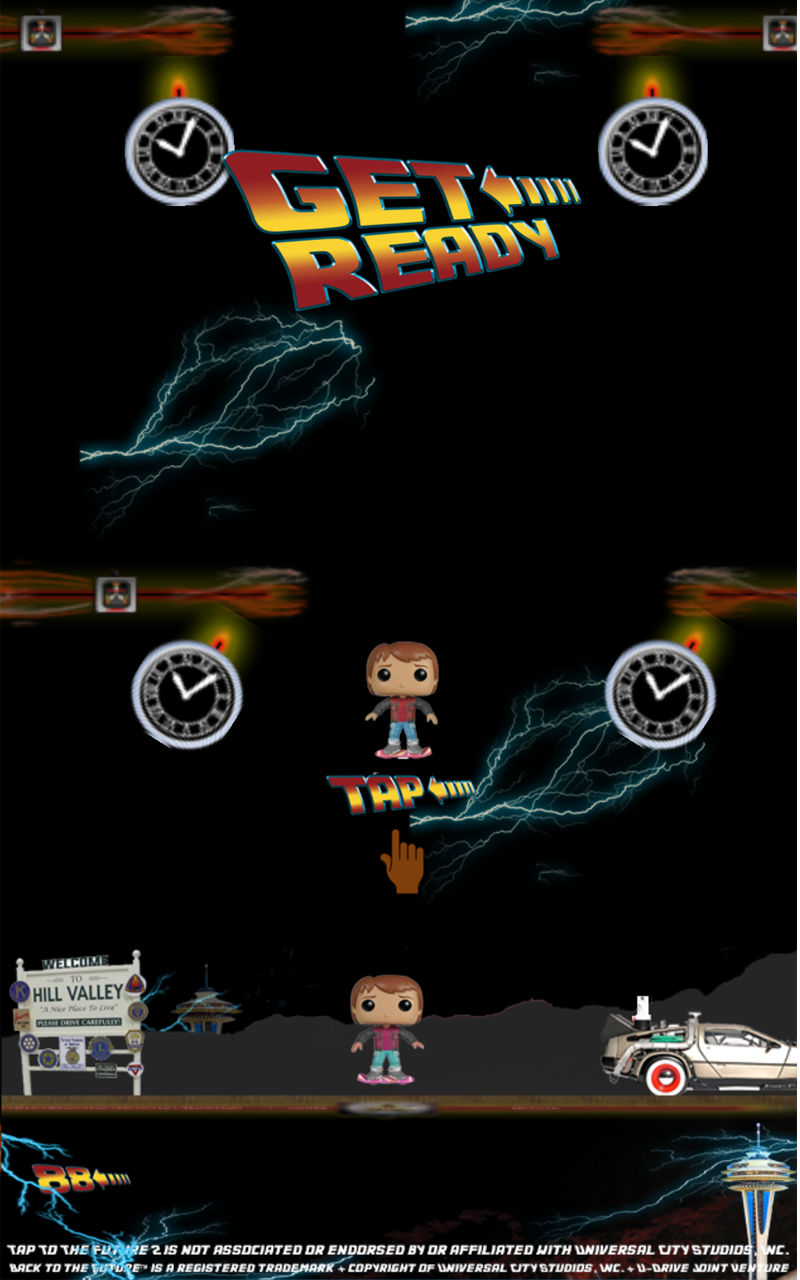 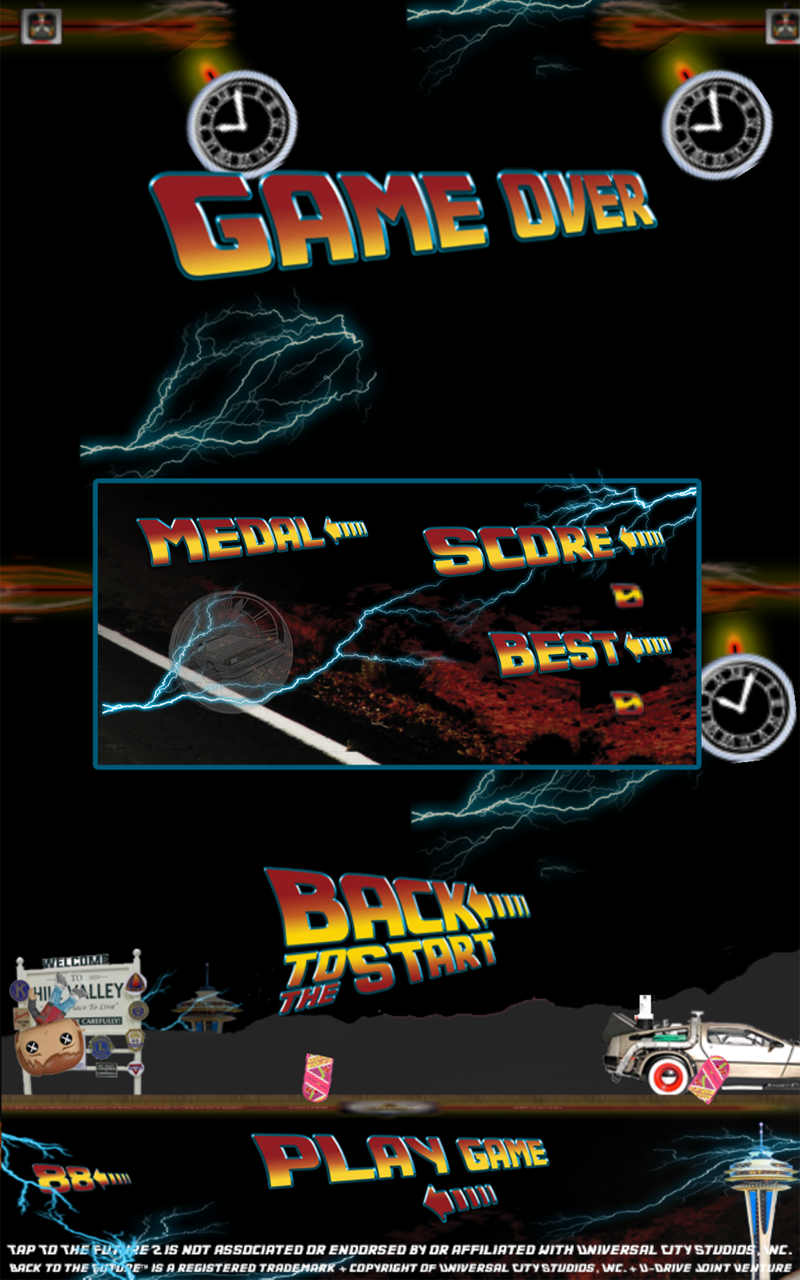 Thanks and enjoy my Game!

P.S.: There is also a "light version" available on Google Play It is basically the same game, but a different theme, only the graphic artwork and design had been changed by me.

About the Copyright & Trademark:

"Tap to the Future" is not associated or endorsed by or affiliated in any way with Universal City Studios, Inc. and U-Drive Joint Venture. As beforewards mentioned, this is a solely Fan-Made Application to supplement to the Back to the Future™ Experience and Fan-Culture.

About the Game: "Tap to the Future" is a FREE, purely "Fan-Made Back to the Future™ Hoverboard Game". This is Version 1.0.1. In the coming versions, there will be a High-Score Leaderboard and Achievements Integration to share with other players and fans of the game online.

Gameplay: Navigate Marty McFly on his pink Hoverboard between the notorious swinging clocks to the Top. You gain points and medals while hovering higher and higher!

How-To-Play: Simply tap on your Smartphone or Tablet Screen to navigate to the left and to the right while it's going up automatically.

Rating: I am very proud that this game is suitable for all ages

I consider myself the biggest Fan of the "Back to the Future™" Movie Trilogy and on the recent "Back To The Future Day" on October 21st 2015 I decided to make a simple Fan-Made Hoverboard Game based on the Movie. In the essence, to game and play somehow represents the "missing BTTF Game" that we could not play in the 1980's, as we simply had no smartphones or even tablets, so I hope this game will be much fun and enjoyment for all the fan people and a valuable addition to the BTTF Fan Culture for years!