Hi, I've been trying to make a pseudo-tweet sheet for android, I found some examples of possible solutions, but none have worked, here are the results, screenshots taken from my android: 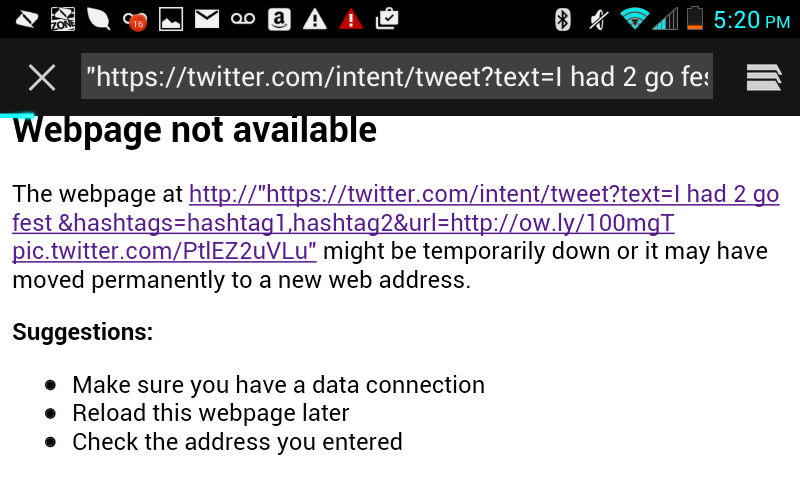 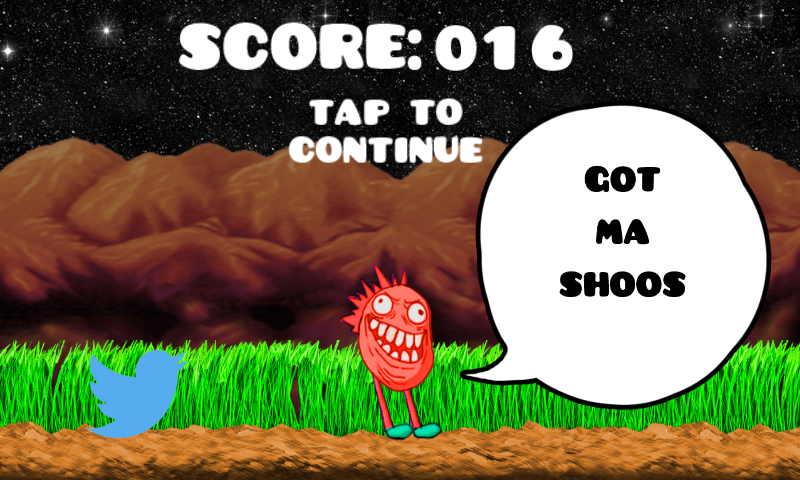 I tried starting with "www." at the start, since http:'// appears in the behavior anyway, I also tried "http://" within the expression editor just to cover all bases. But all I got was what's on the screenshot using the default browser, and if I picked chrome to open in, it would just open the window that was already open, but no page would be opened.

I'm guessing it's due to the address being a "https" when the behavior in creator is set to "http" and the dropdown has the option for https as well. I just caught it now while posting this. I'm guessing that's the problem. I'll have to make the adjustments and test again, but it takes a lot of time to log into the online mac from a PC, so I will do that later.