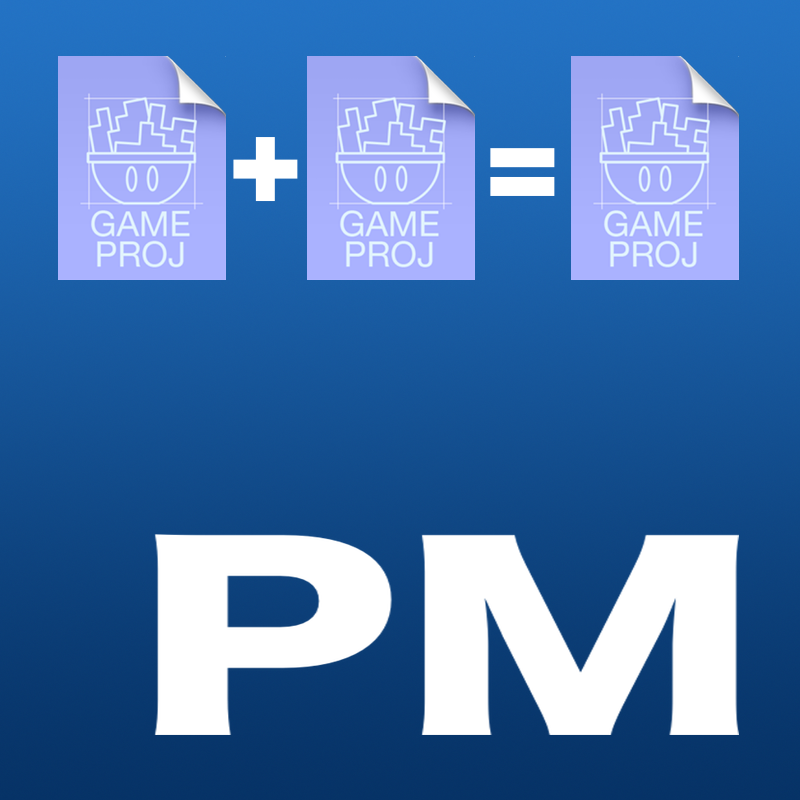 I have had a lot of feedback and requests to merge projects for clients who can no longer use the old DBA Project Merger for projects using the more recent and current versions of Gamesalad™ Creator.

Some of you may know (or not know), that when merging projects with the old tool, it produces a second "purchasetable" resulting in Appstore rejections and other issues. It is no longer supported with the current version of the GameSalad™ Creator tool.

So I have been working closely with Wayne from Deep Blue Ideas and together we have produced a new version of the Project Merger which now supports the current version of GameSalad™ Creator.

The new tool now supports the latest version (currently 1.25.80) and will merge all aspects of the game including Custom fonts and PurchaseTable.

***Please note, DBA, the original creator of the software, no longer supports the current version of GameSalad™ Creator. This version of Project Merger is brought to you by gingagaming and can be downloaded here. However, I would like to acknowledge Darren from DBA @UtopianGames who was instrumental to the development of this tool, and has also been a good friend of both myself and Wayne, and easily (in our opinion) the uncrowned king of GameSalad and a great contributor to the community.