Edit, I figured out what I did wrong, I was replacing the animation frames in the prototype, not the actor files in each scene. I couldn't figure out how to delete this thread, maybe it'll be helpful for others?

Hello everyone, I'm new here and have started learning the basics of Gamesalad recently, so far having fun with it.

I've gone through the the cookbooks and learned the basics and I'm starting to get deeper into the advanced stuff now.

I thought it would be a good learning experience to purchase a template, replace the graphics with my own and modify the existing game rather than start from scratch.

I purchased a cool little platform game called Mr Jumpy. I went through and replaced all of the graphics with my own using the "show package contents" option by right-clicking on the project file, keeping all of the file names and dimensions exactly the same as the images in the original game, no problems there. When I purchased the game it only had one level. I wanted to create 3 levels with a different main character actor on each level. This template comes with one animated main character actor who runs and jumps from platform to platform. I created 3 animated character images, 20 images for each animated character with him in various degrees of movement.

In gamesalad creator Scenes Tab, I simply copied the 1 existing scene and pasted it twice, creating two exact copies of that scene. I then renamed each scene accordingly, went into each scene and moved some of the platform actors around, making each level slightly more difficult to pass. Still no problems there! Each "level" gets more difficult and they are all stitched together so after one level is passed the next one loads.

in both approaches, when I preview the scene the animated main character actor #2 does show up and begin to "run" but dies immediately.

here are a few screen shots, hopefully they help illustrate my question. hoping this is something simple! I'll continue with the cookbook advanced stuff too but thought I'd see if anyone here could help point me in the right direction. 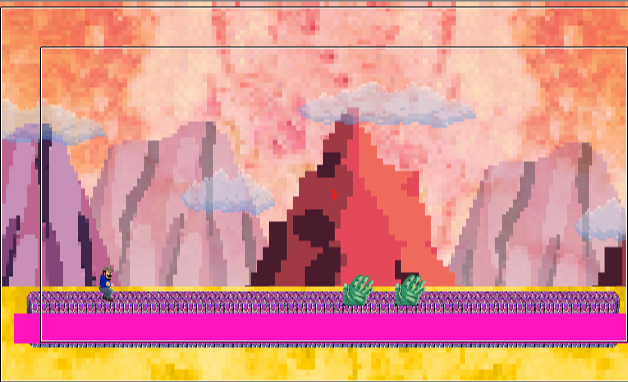