Advertising with Chartboost part 2: A/ B Test

Just some results that might be interesting for some of you.
I did run another campaign and spent 88 $ for 145 Installs on Orcs Google Play.
This time I setup 4 different popup graphics within one campaign. 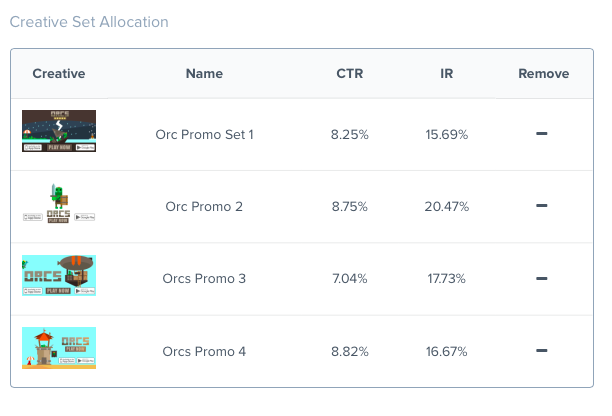 I guess chartboost evenly gives them a chance and than calculates their results.
The so called A/B testing. (except here would be C and D too)

It was insightful what works better and it looks like the simplest Pop up graphic resulted in the most IR = install rate.
One of them outperformed the simple one slightly in terms of CTR = Click through rate (how many clicked on it and were brought to the App store page)

But thats a minimal amount and ball parked the simple one still resulted in more overall installs, so I know now to use the simple white one for the best performance = Cheapest price per User