Hi guys - I've set up Revmob, can see the usual Soda crush etc ads when testing video reward ads in testing (none-live) mode, BUT, I'm not getting a pre-roll or post-roll confirmation, nor the rewards?

Just wanted to know if anyone else is using this ad service for video rewards, and if they are, do you see confirmation etc? - I'm expecting to see something like that shown on these mock-up screens in RevMob? (and yep, I'm using a pause scene behaviour with a video reward selection!) :frowning:

I've also double-checked that my unique app ID is pasted into services in the publishing portal, all checks out! - argh..... 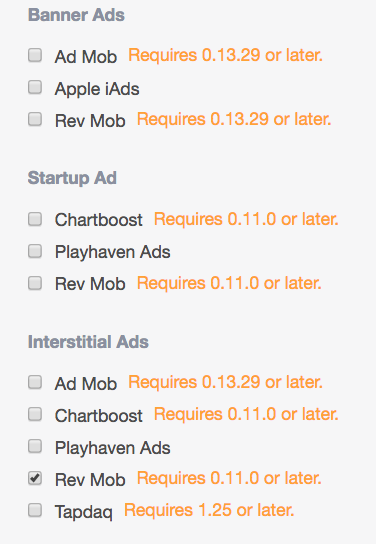