My third and last work in progress is here. I thought I would tackle one of my favourite games... unblock.
First Prototype demo below: 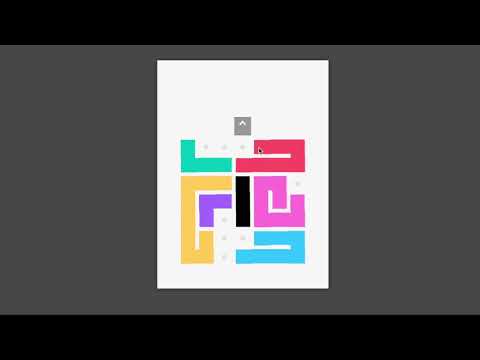 I can't really go into too detail yet about it because I don't really understand how it works too much myself... it sort of just does.

I had a good, yet frustrating, time creating this working demo. Its prob one of my favourite things I have created and I only started 3 hours ago.

As for now, I will put it aside and work on my previous projects shown. You might notice I have an endless, a timer, and now a level based project.

The plan next time is to spend some time cleaning up the logic, simplifying things more. I need to create some better graphics so the lines connects up correctly. I want a more better way to do things... not that my way isn't already well structured. I think it just needs to be refined more.

Plus, try and explain if anyone is interested some of the hurdles, because there were a lot.