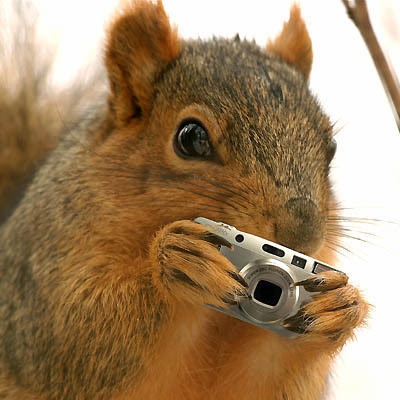 Just a small camera and an experienced spy was not enough.. We used a small squirrel and a smaller camera to only get past the security guards on the GS headquarters..

It is speculated that this is to make us, game developers, more ambitious and enthusiastic about making games (especially with retina-display).

And, most importantly, hopefully, this shows that in near future, this tool will become more awesome and powerful and awesome and easy-to-use that we will be making giant huge games. (as in "only iPhone4 can handle")

Yes! They will be shipping iPhone4 to every pro user they now have with the next update!

I'll keep you posted on any development..
And there are some rumors telling there will be more than just "Pause" on the upcoming update..

Have a nice day!