In late January, after the High Sierra panic, we had a bit of a slow-down due to yours truly getting the flu. But the team continued working and with a little post-recovery elbow grease we got a lot done!

Lots of new stuff! We're just about done testing, so you should it soon. Aside from the usual slew of bug fixes we've done the following:

Behaviors have been ported. I'm not gonna list them.

Because they're all there!

In order to add the testing functionality, I had to add some hooks into the HTML5 engine. You will be able use these same hooks to wire up your own IAP or Leaderboard / Achievement services to the HTML5 export!

I'll try to get some documentation on that later, but if anyone want to do a video, PM me and I can send some notes to let you figure it out yourself.

There is also now a setting to toggle visibility of Monetization and Platform Service behaviors Those behaviors are 'Off' by default for now, as most beginners don't need them yet.

The HTML5 tool will now be able to handle setting custom collision shapes. You can now even toggle a preview of the shape: 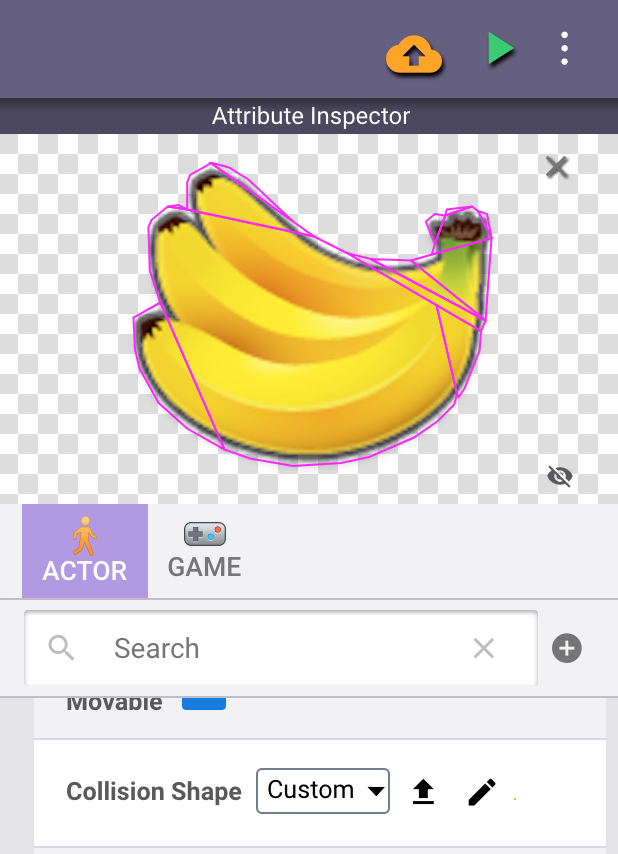 AND you now have the option of having GameSalad Auto-Trace your image to set up custom collision shapes automatically.

We made a few small tweaks to the UI.

There's still a ways to go before Creator 2.0 becomes a replacement for Creator 1

We're still missing large project import, controller support, copy/paste for actors and scenes, a cleaner "pro" UI, offline mode, a desktop wrapper, and the community favorite "dark UI". So much stuff to do.

Still. All the behaviors! That was a milestone that got me doing the Dance of Joy:

At the beginning of February we released Mac Creator 1.25.88. That wrapped up major issues plaguing Creator 1.25.84. Unfortunately, we had to roll back a lot of unfinished code that was mistakenly merged into our codebase.

With the rolling code back and forth, we're just now catching up to where we were a month and a half ago with the iOS engine ad updated. We've just finished a first pass of ChartBoost and Tapdaq SDK updates and things look good.

As a public service announcement, if you're publishing an iOS app with an ad network, please be sure to check: "Allow App To Talk To Any Domain Insecurely". I'm not sure about the other ad networks, but it's definitely necessary for Admob.

We've also finally got some good repo cases of the "unresponsive edge" bug so we'll be looking into that after the ads release. (Honestly, we had a hell of a time finding a way to consistently reproduce it).

In case you're curious, GameSalad for Education is still rolling out to schools across the country.

As the school year wraps up, our curriculum team is preparing for the next school year with an improved CS curriculum and new cross-curricular units that allow students to use game creation beyond CS and Game Design classes. Having a game creation unit in my Social Studies classes when I was a kid would have been SOOOO awesome.

That’s all for now. We’ll get back to you soon about the ad network update and we’ll see you in a couple of months with another State of the Salad!