gyroscope I am here.Member, Sous Chef, PRO Posts: 6,598
January 2014 edited January 2014 in Announce Your Game!
Hey guys, I've put back the release of SORT 'EM! ( http://forums.gamesalad.com/discussion/62151/sort-em-puzzle-app-progress-thread ) till the end of February now....

And the reason is: I've been working on another game for the last two days that I want to get finished first. (This isn't the one that I wanted to finish first you might remember me mentioning in other threads - that's another one - this one I only thought about and started a couple of days ago, as mentioned).

I've never been one to jump on any bandwagons but at the same time, I'm trying to become more "commercial" where possible.... and to that end, I suddenly thought I could make an app specifically for St. Valentine's Day, hence this game called Spot the Difference Victorian Valentine Postcards.

So ideally I'd like it to have been in the iTunes Store for at least a week before St.Valentine's Day... I'd better get my skates on and have this finished by the end of Jan leaving a week for Apple to approve. I hope I can manage it, I should do if I put my mind to it; it's not all that complicated an app...

I've got in mind too for at least another 3 in the series, i.e spot the difference games hopefully finished and released later on during the year. All of them, including this one - Spot the Difference Victorian Valentine Postcards - will be free to download with approx 6 levels to play and with the option to unlock the full game via IAP.

Here's the first progress thread for Spot the Difference Victorian Valentine Postcards, for your interest; hope you like how it's coming along... wish me luck getting it finished by the end of this month! (Jan)

P.S The video is flickering for some reason... that's not intentional! i.e doesn't happen in preview, only on the vid. 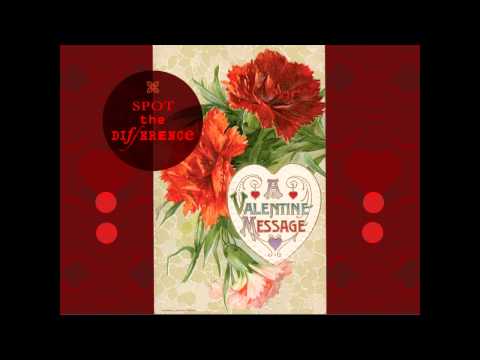